You’ve narrowed it down to the VW Sharan vs Caddy Maxi for your car camping adventures? They are both great cars to sleep in – but… you can only buy one. This review will help you decide which one.

Read on if you want to find out:

Why are we not including the standard VW Caddy you ask? Because it’s too short. You could stretch in it if you push the front seats all the way to the front, but that’s not what we’re looking for (as that would remove all the storage space on both front seats when camping) – for this reason, the short version Caddy doesn’t fit our car camping criteria. You are much better off with the Caddy Maxi version which is 40cm longer (4.88m total length).

As you can see, overall the cars scored the same. But not for the same reasons – the Sharan is a better option if you prefer a more comfortable drive (better handling, better comfort for the driver in the front). On the other hand, the Caddy is very spacious – longer & taller (the Sharan is a bit wider though). Therefore if boot space is your main criteria, VW Caddy Maxi is your winner.

How are they rated on other websites?

73% average score of below 7 reviews

The Volkswagen Sharan is a sensible, practical and capable seven-seat MPV, but it feels expensive compared to newer rivals

The seven-seat VW Sharan is a great all-round family car, with a flexible interior and grown-up driving experience

The Volkswagen Sharan is a spacious seven-seat MPV that’s well equipped and good to drive. It might quite be as strong an all-rounder as the smaller and cheaper Touran, and neither is it as good to drive as the equally enormous Galaxy, but it’s still certainly worthy of consideration if you need a seriously big people carrier.

The Volkswagen Sharan is a refined, flexible and spacious seven-seat MPV, albeit one that is more expensive than its Seat Alhambra sister car

It’s big, expensive and not especially clever, but it is really, really good at ferrying lots of people about. Really, really quietly.

65% average score of below 7 reviews

A car like this tends to be bought out of necessity rather than desire, and the Volkswagen Maxi Caddy Life is a good option if you need the huge space and practicality that it offers. However, rivals are now better than ever, and the Caddy Life is no longer the best in class. The Citroen Berlingo XL, for instance, is almost as practical but features styling that’s distinctive instead of conservative. Its engines are more economical and slightly quicker, and there are more to choose from. The Volkswagen also suffers from a slightly utilitarian interior and a smaller standard kit list than newer alternatives. If you only test-drove this car you’d probably be very happy with it but we’d recommend testing some of its rivals before you make a decision.

The Caddy Maxi is a perfect example of how far van-based MPVs have come. It’s big, practical and surprisingly good to drive

If space and versatility are a priority, the Volkswagen Caddy Maxi Life will appeal.

It’s impossible for the Caddy Maxi Life to completely shake off its van attributes, but Volkswagen has done a good job of turning what is essentially a commercial vehicle into a family MPV. The driving experience is enough like that of a car to make the Caddy more than acceptable to drive and decent specification and safety levels mean it can pass muster as a family vehicle. It’s highly practical, too.

For buyers who rank versatility and affordability over things like style, a van-based people carrier like the Volkswagen Caddy Maxi Life could be a very sensible purchase. Not only is it cheap to buy, it also has low running costs and will forever surprise you with its load-carrying abilities.

Sensibly priced seven-seater with enough space for seven and their luggage, huge loadspace with seats removed.
Rearmost bench seat does not fold and has to be removed to free up space, noisy on the motorway.

Which one do people convert to a car camper more often?

Websites that create campingboxes have usually a Caddy box on offer, not as often a Sharan camping box.

… work in progress, check in later…

It’s a mixed bag and both cars are good options. For serious campers, who want more space and more options for DIY camping makeover or plan to shop around for a ready-made camping box, the VW Caddy is a better option. It offers more room and there are more camping boxes to choose from. You will be sacrificing some comfort (interior & drive) and it’s consumption is slightly higher – therefore if you will also use it as a standard car often, it might not be the best option.

If you want a more comfortable car (interior & drive) for everyday driving and some camping, with slightly lower consumption and still plenty of room for a DIY camping conversion, the VW Sharan is a great choice. There aren’t as many ready-made campingboxes for this car, but there’s some too + you should be able to fit many of the Caddy ones too – just ask the creators.

🤠 Hey fellow camper! Get the latest posts and tips into your inbox:
Subscribe to our newsletter

I’ve noticed quite a few searches coming to this website looking for “Skoda Roomster camper”, so I dug into it. Is Skoda Roomster a good camping car? Does it meet the basic requirements – especially boot length? Or is there a better alternative in the same price range? These might come in handy… …and you’ll…

This month I have stumbled upon a real gem for DIY microcamper enthusiasts. It’s a Sharan thoughtfully converted into a very comfortable microcamper for one with many awesome features and ideas. Although this Sharan camper doesn’t fit our general criteria of reversibility (i.e. you can remove the camping gear and have a standard car again),… 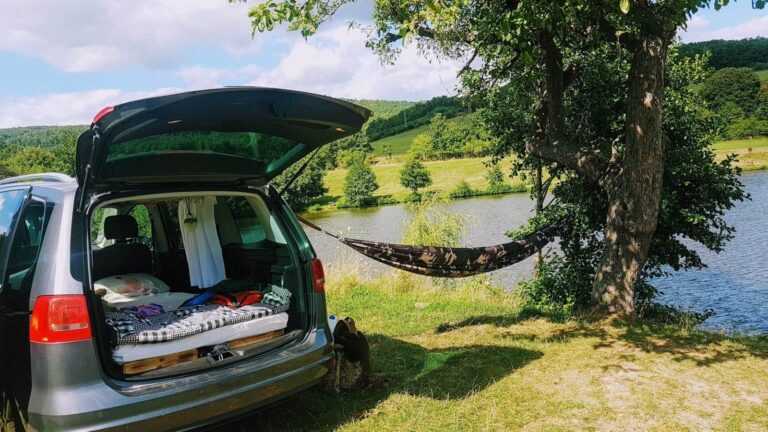 What do you imagine when you hear (estate) car camping? Big caravans, campervans and trailers? Expensive high-tech vans with furniture inside? It used to be like that. But the days of car camping are changing: it’s now more accessible and cheaper than ever. This post sums up the easiest ways to sleep in your car… 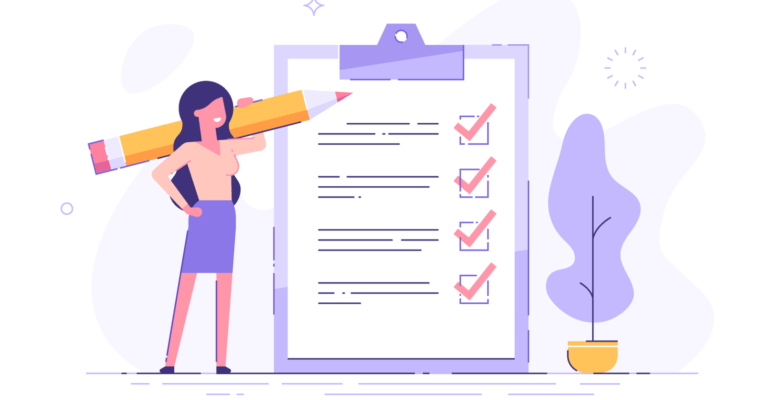 I’ve surveyed a Facebook group of almost 8000 microcamping owners & enthusiasts – asking them this question: What is the most important thing for you on a micro camper? Here are the results of the 376 responses the survey has received – what do people value in a microcamper conversion candidate the most? How do… 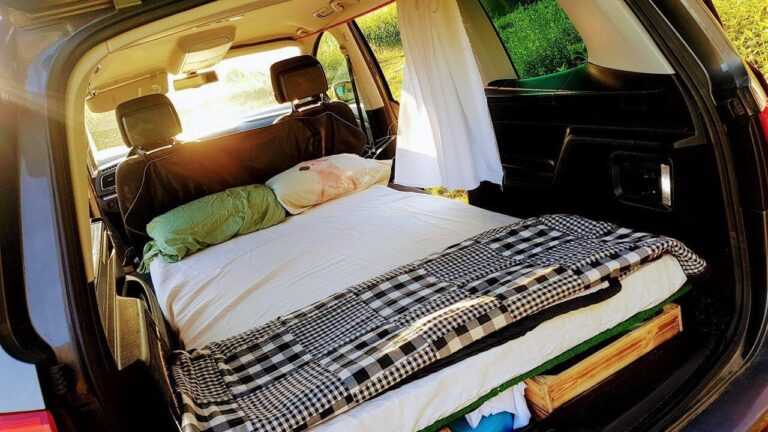 The Volkswagen Sharan is on it’s own a great camping car – it offers plenty of space, sliding doors, foldable seats. If you have the 5-seater version and want to sleep in your car, you have one more thing to worry about – a 14cm (5.5inch) drop from the middle row of seats. But not… 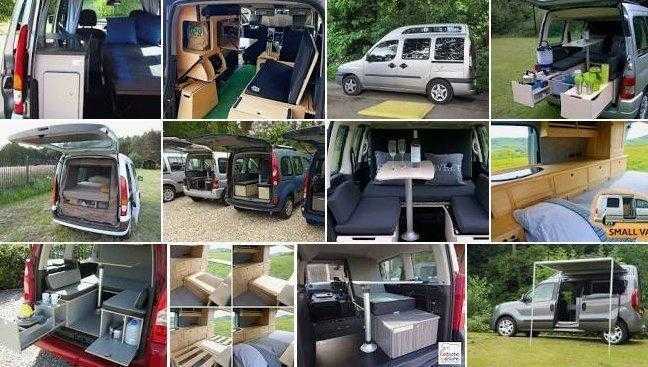 Ready to fit your camper! :)